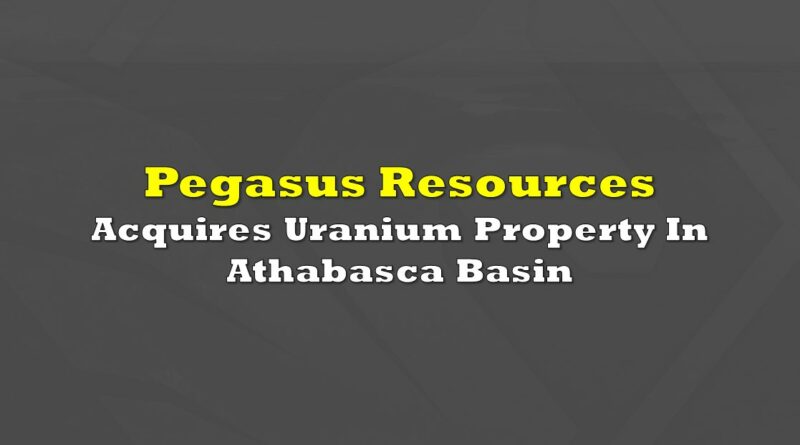 Pegasus Resources (TSXV: PEGA) this morning released its much anticipated uranium property acquisition news. The firm has entered arrangements to acquire the Pine Channel Uranium Property, which is located within the Athabasca Basin of Saskatchewan.

The property itself was acquired by the company via three separate transactions. At 6,028 hectares in size, the property consists of a total of six mineral claims, located roughly 40 kilometres west of Stony Rapids, Saskatchewan. The property itself is accessible via trails and winter roads from the town.

The six mineral claims were acquired via a series of transactions. The first of which was acquired via a deal with Eagle Plains Resources (TSXV: EPL) , while a large claim adjacent to the property to the south was acquired via staking. Finally, the firm has obtained a further four claims from ALX Resources Corp (TSXV: AL) via a binding LOI, which effectively surround the staked claim […]