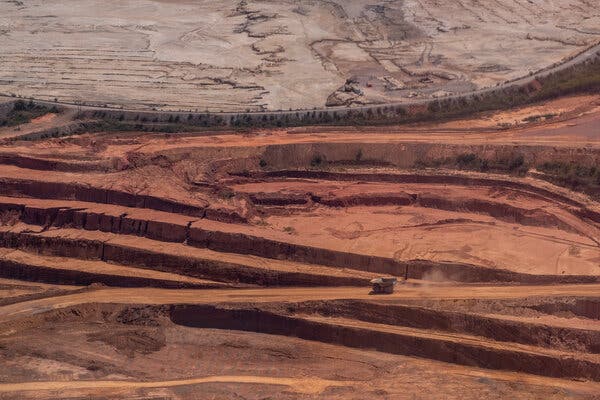 WASHINGTON — Tom Perriello saw it coming but could do nothing to stop it. André Kapanga too. Despite urgent emails, phone calls and personal pleas, they watched helplessly as a company backed by the Chinese government took ownership from the Americans of one of the world’s largest cobalt mines.

It was 2016, and a deal had been struck by the Arizona-based mining giant Freeport-McMoRan to sell the site, located in the Democratic Republic of Congo, which now figures prominently in China’s grip on the global cobalt supply. The metal has been among several essential raw materials needed for the production of electric car batteries — and is now critical to retiring the combustion engine and weaning the world off climate-changing fossil fuels.

Mr. Perriello, a top U.S. diplomat in Africa at the time, sounded alarms in the State Department. Mr. Kapanga, then the mine’s Congolese general manager, all but begged the […]