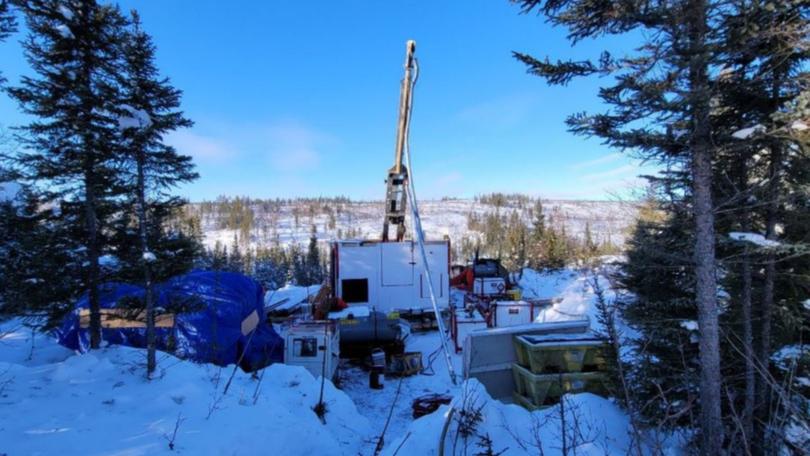 A diamond drill rig at Valor’s Hook Lake project in Canada. Credit: File Valor Resources has kicked off a 2,500 metre diamond drilling program at its Hook Lake uranium project in the world class uranium endowed Athabasca basin in Canada. Drilling is aimed at testing the extent of mineralisation after the company identified a surface anomalism that includes rock chips grading up to 59.2 per cent uranium.

Drilling will primarily target the “S Zone” where the previous surface sampling returned anomalous assays and several drillholes are also planned to target a geochemical and structural target known as the “V-Grid”.

The Hook Lake Uranium project is located 60 kilometres east of the Key Lake Uranium Mine in northern Saskatchewan and sits about 700km north-east of Edmonton in Canada.