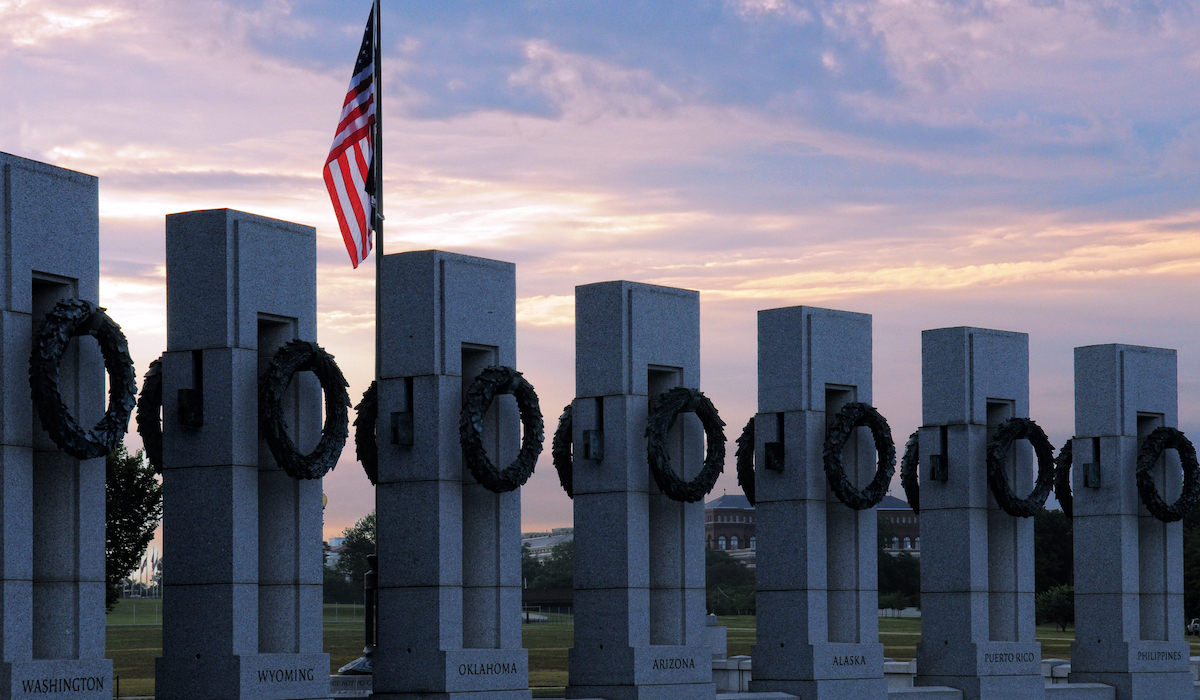 MIGHTY CULTURE Since its opening in 2004, the World War II memorial had consistently been one of the top sites visited by those exploring the National Mall. More than 4.6 million people visited the site in 2018. It was designed by Friedrich St. Florian, the former chief of the Rhode Island School of Design.

The WWII memorial is full of metaphors and helps illustrate the relationship between the home front and the battlefront. It showcases not just the sacrifices of service members but also Americans at home and illustrates the defining years of the 20th century. The memorial consists of 56 pillars and a pair of triumphal arches, all of which surround a square and fountain. It sits on the former site of the Rainbow Pool at the eastern end of the Reflecting Pool between the Lincoln Memorial and the Washington Monument.