Home » Blog » The Ukraine Crisis’s Effect on the Global Economy 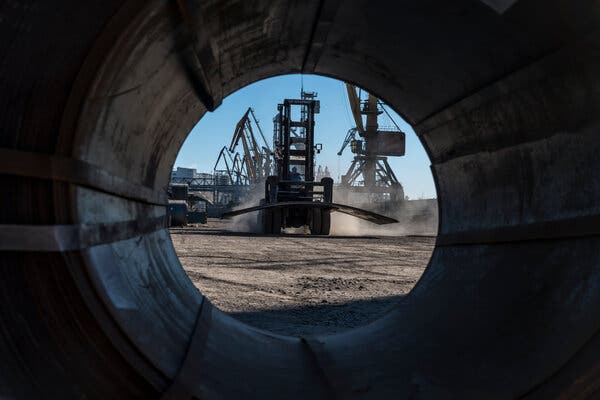 A forklift operator moved steel sheets at the Port of Mykolaiv. Ukraine is a significant producer of uranium, titanium, iron ore, steel and ammonia.Credit…Brendan Hoffman for The New York Times Russia’s threatened invasion of Ukraine could have economic repercussions globally and in the United States, ramping up uncertainty, roiling commodity markets and potentially pushing up inflation as gas and food prices rise around the world.

Russia is a major producer of oil and natural gas, and the brewing geopolitical conflict has sent prices of both sharply higher in recent weeks. It is also the world’s largest wheat exporter , and is a major food supplier to Europe.

The United States imports relatively little directly from Russia, but a commodities crunch caused by a conflict could have knock-on effects that at least temporarily drive up prices for raw materials and finished goods when much of the world, including the United States, is […]