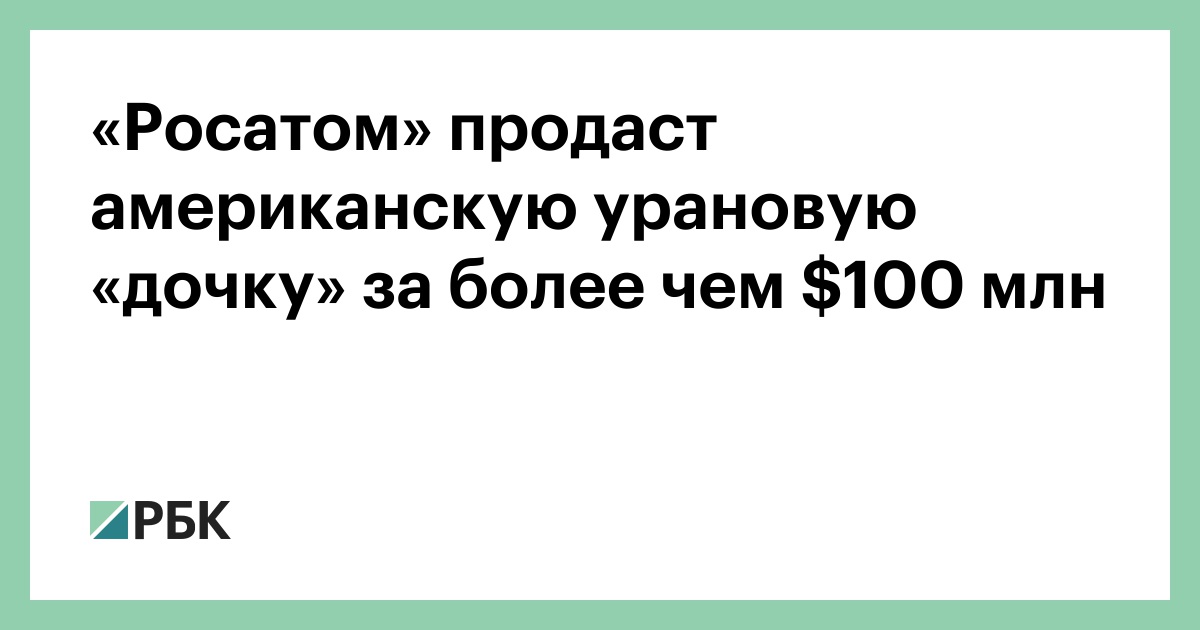 Uranium One Americas is a major uranium producer for the US nuclear power industry. After it came under the control of Rosatom structures, a loud scandal erupted in the United States. Secretary of State Hillary Clinton and her husband, former President Bill Clinton, have been accused of receiving money from Russian companies and helping Rosatom gain control of this strategic asset.

In 2017, Donald Trump, then the current president of the United States, declared that the way the sale of Uranium One Americas went to Russia was the “Watergate of a new era.”

Now Rosatom attributes the sale of the American business to Uranium One’s strategy to optimize its portfolio of uranium mining assets, aimed at increasing economic efficiency. According to a source close to the state corporation, its main business in the United States is not natural, but enriched uranium, which it supplies within the framework of quotas determined by […]