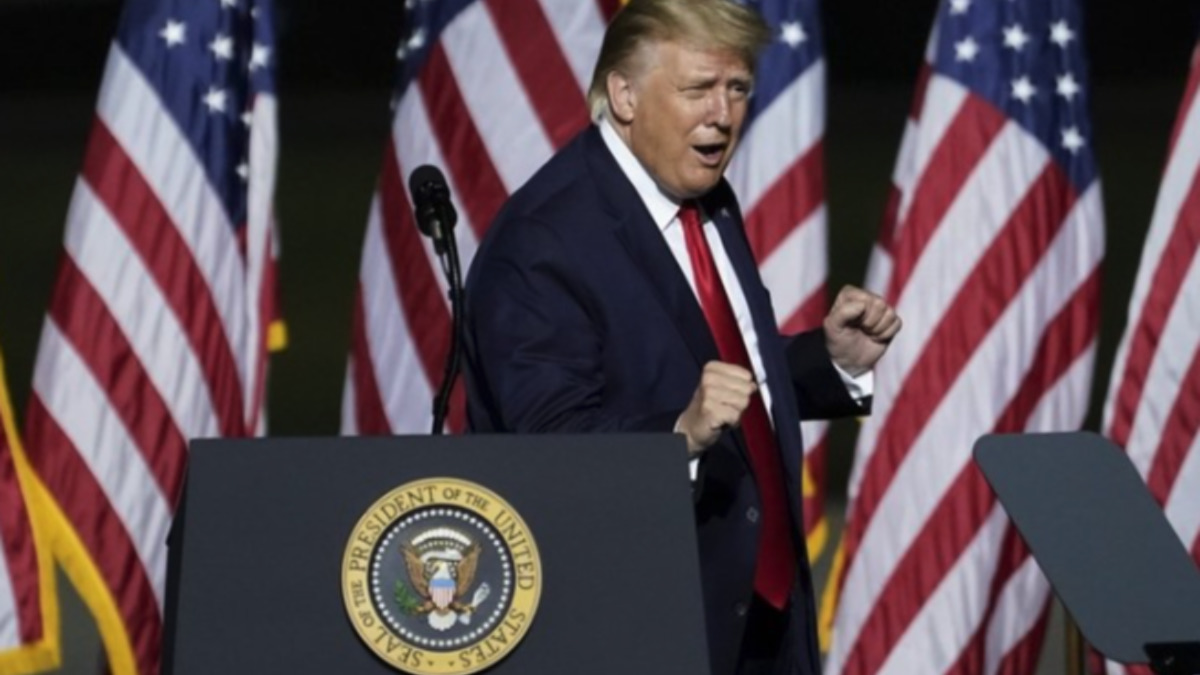 US president Donald Trump gets into the groove at a campaign rally. Image: Getty share

Delayed or uncertain US election outcome could play into gold prices

‘Gold has unwound its oversold position of late last week’

ASX Gold stocks guide : Everything you need to know Gold’s price moved closer to $US1,900 per ounce in Tuesday trade as the US presidential election cast a long shadow over the market and its near-term direction.In early trade, gold touched $US1,895/oz ($2,685/oz), nearly matching its August 2011 high, but off from its all-time high of $US2,070/oz in early August, according to Kitco data.“Gold has unwound its oversold position of late last week and is moving up to test dual resistance at $US1,900 [per ounce] from the 10-day and 20-day moving averages,” Rhona O’Connell, head of market analysis at StoneX Group told Kitco .“As uncertainty fades going forward, we expect that investment demand […]