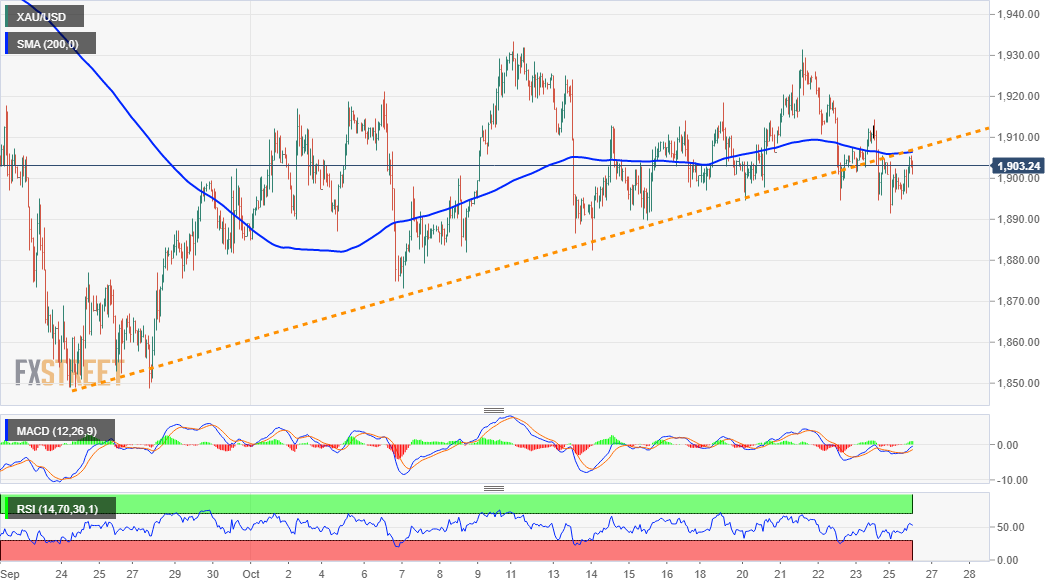 Gold managed to attract some dip-buying on Monday and refreshed daily tops in the last hour.

Attempted move up might confront stiff resistance and remain capped near the $1918-19 zone.

Gold reversed an early dip to the $1891 region, or seven-day lows and refreshed daily tops during the mid-European session, albeit lacked any strong follow-through.The goodish intraday rebound back above the $1900 mark stalled near 200-hour SMA. The mentioned barrier also coincides with a one-month-old ascending trend-line support breakpoint, which should now act as a key pivotal point for intraday traders.Meanwhile, technical indicators on the 1-hourly chart have again started moving into the positive territory and support prospects for a further move up. However, oscillators on 4-hourly/daily charts maintained their bearish bias and favour bears.Hence, any subsequent positive move beyond the $1905-06 […]