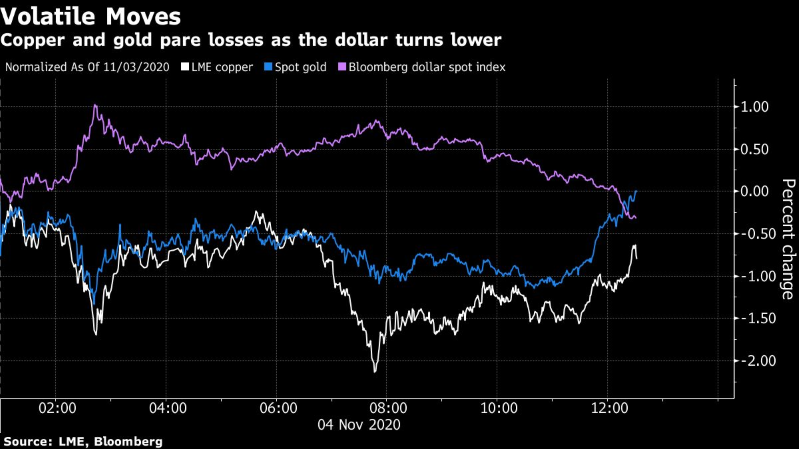 (Bloomberg) — Gold erased losses while oil rose as tight races in key battleground states in the U.S. election left investors scrambling to parse the shifting odds in a fraught battle for the presidency. Copper and gold sank earlier, as the unexpected closeness of the race sparked broad risk aversion and a flight to the safety of the dollar, but both metals were trading little changed after the dollar slipped heading into the U.S. opening. However, oil held gains, supported in part by a better-than-expected showing from President Donald Trump.

Click here for our real-time news updates and analysis

With millions of ballots still to be counted, Trump falsely declared early Wednesday he had won re-election and said he would ask the Supreme Court to intervene. Earlier, Joe Biden said he was “on track to win this election.” While his chances of an Electoral College victory have improved as votes come […]