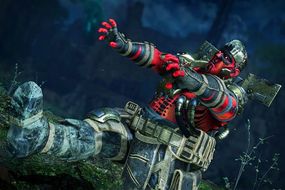 Microsoft is set to announce its full Games with Gold November plans this week, with a new lineup of four Xbox One and Xbox 360 launching in a week.

No precise date has been shared, but things will need to be revealed before Sunday, November 1, 2020.

This means that the next big Xbox Live Gold reveal will be dropping over the coming days. No leaks have surfaced suggesting what might be hitting Games with Gold next.

And it’s going to take something special to top the likes of the most recent additions made to Xbox Game Pass.Microsoft’s other big subscription service just Rainbow Six Siege made part of the official lineup. And while R6 might not be a new game, it’s still very popular and has built a huge following. eFootball PES 2021 Data Pack 2.0 update makes HUGE changes October’s Games with Gold lineup included Slayaway Camp: Butcher’s […]