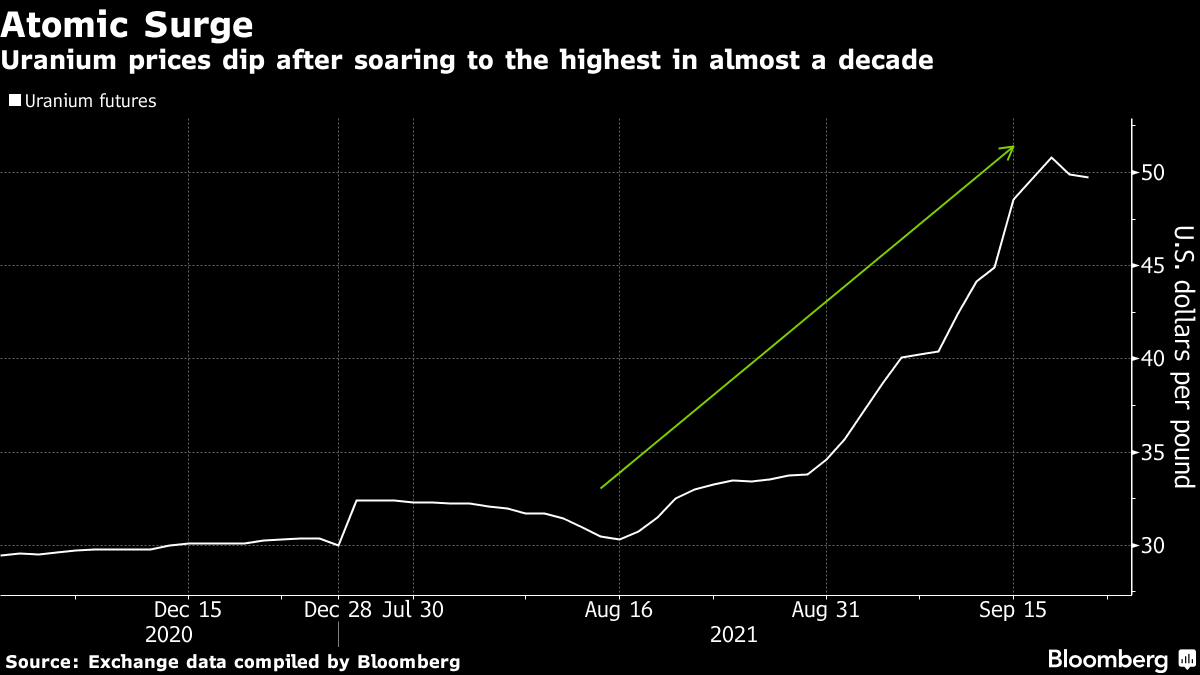 After languishing at historical lows for the better part of the last decade, uranium suddenly came back from the dead.

Prices have surged about 40% just in September, outpacing all other major commodities. In just a few weeks, millions of pounds of supply was scooped up by the Sprott Physical Uranium Trust. It’s a massive bet on nuclear energy’s prominence in a carbon-free future. The problem is — at least for the investors who poured more than $240 million into the fund — the debate is still raging over whether and how nuclear can come to the forefront.

Atomic energy became somewhat taboo after the Fukushima disaster in Japan, with opponents saying the 2011 meltdown was only the most recent accident to demonstrate that reactors are too dangerous. And while nuclear power is carbon-free, it has drawn opposition from some progressives and environmentalists who have qualms about radioactive waste. There are […]