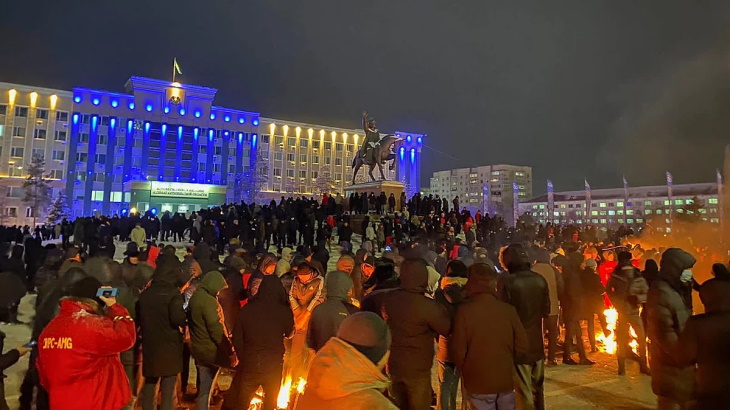 Disruptions in Kazakhstan, where ongoing unrest may add to pre-existing operating risks such as the COVID-19 pandemic, could be a "significant catalyst" for the uranium market, Canadian uranium company Cameco has said. Kazakh uranium producer Kazatomprom has said it will meet all delivery deadlines. Protestors in the Kazakh city of Aktobe, pictured on 4 January (Image: Esetok/Wikimedia) Protests that began in Atyrau and the wider Mangystau region have since 2 January spread to other cities across Kazakhstan including the country’s main city of Almaty. Some cities, including Almaty and Atyrau, have seen violent clashes between protestors and police with deaths, injuries and arrests reported. The Kazakh government has imposed a nationwide State of Emergency and imposed a curfew. The internet has been blocked in large parts of the country, according to information from the UK government.

"The situation in Kazakhstan is dynamic and evolving," Cameco said on 6 January. "The […]