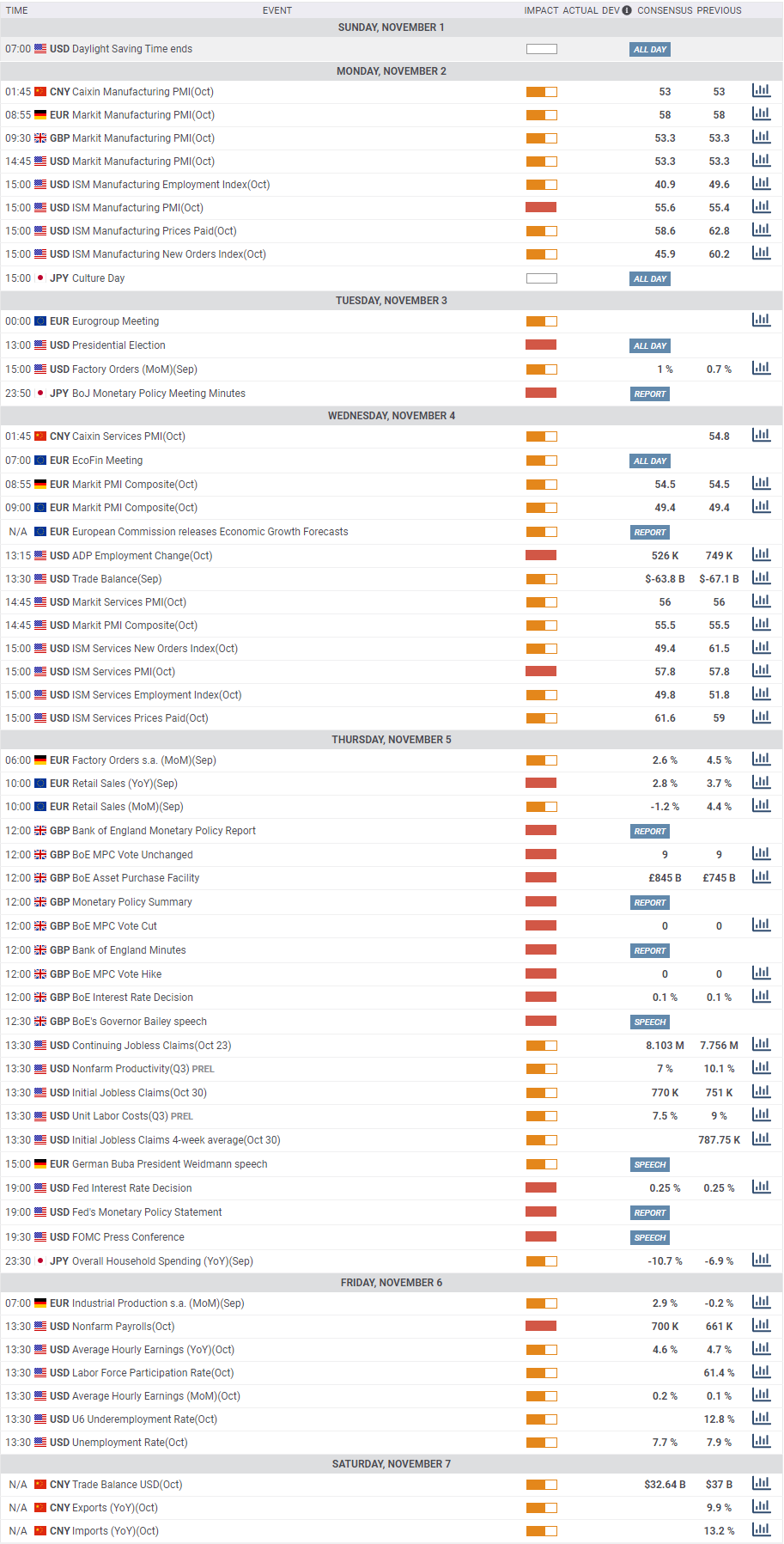 After starting the week above $1,900, gold lost its traction and dropped to a fresh monthly low of $1,860 on Thursday as the European Central Bank’s dovish tone and the risk-off environment boosted the demand for the USD. Although XAU/USD was able to stage a technical correction on Friday, it lost more than 1% on a weekly basis and closed at $1,879. Coming up next week

All eyes next week will be on the United States presidential election on November 3rd and the market volatility is expected to heighten with the outcome having a significant impact on market sentiment.

Previewing the potential impact of the election outcome on gold, "gold heavily depends on stimulus, and the more, the merrier," said FXStreet analyst Yohay Elam. "The optimal scenario is a clean Democratic sweep, followed by a Trump victory. A split between President Trump and the Senate is the worst outcome."