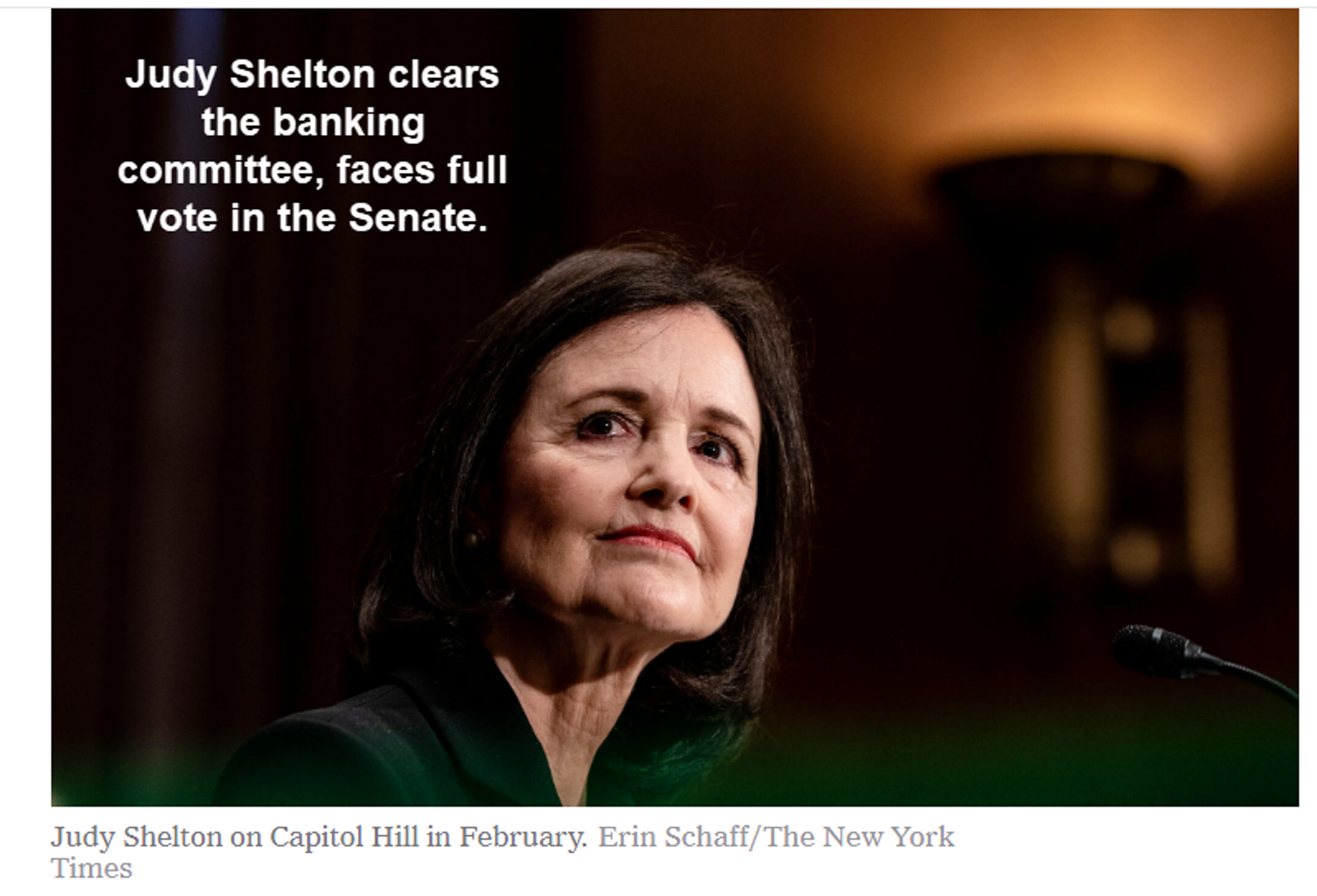 Judy Shelton Has the Votes

Senator Lisa Murkowski (R-Alaska) will now back Shelton giving the candidate 51 votes for the appointment.

With that, Judy Shelton Heads for Confirmation to a Federal Reserve Seat . “I’ve had an opportunity to talk to Judy Shelton and I’m going to be supporting her,” Murkowski told reporters Thursday afternoon, according to reports in various news outlets. Shelton’s nomination had been stalled in the Senate even though the finance committee cleared her by a narrow party-line 13-12 vote in July. Several key Republicans had been wavering in their support, and it appeared for some time that the nomination would not clear before the current congressional session ended. At the contentious July hearing, senators grilled Shelton over her views on Fed independence, her support of the gold standard and her wavering over whether bank deposits should […]