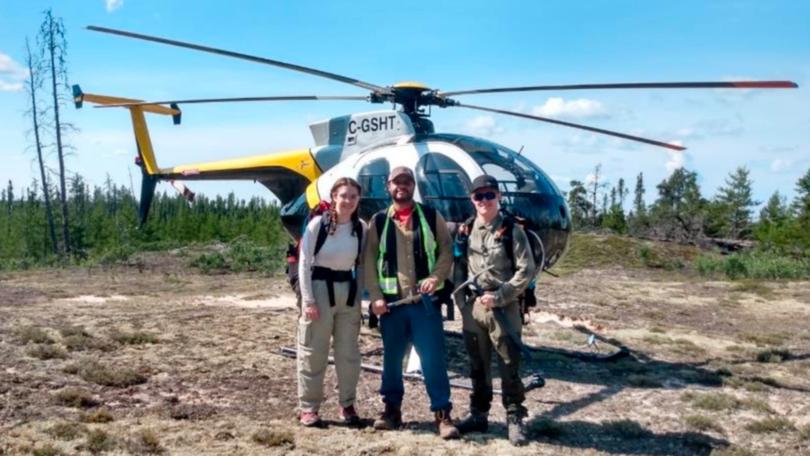 Okapi Resources has launched an aerial assault on its Canadian uranium ground. Credit: File Okapi Resources has launched a helicopter-supported review at its wholly owned Newnham Lake and Perch projects, part of its larger Athabasca Basin uranium tenements in Canada. The work is part of a maiden exploration program including prospecting, outcrop sampling and vegetation analysis to help identify favourable structural settings for uranium mineralisation.

Okapi’s campaign comes after a comprehensive analysis of satellite images and historical exploration data acquired across the two project areas generated a swarm of compelling targets calling for a second look.

It will initially cast its gaze towards a pair of underexplored priority areas in the north-eastern perimeter of Newnham Lake, in addition to an area further north at Perch. The company says the zones house exposed unconformity contacts in Archean-aged rocks that demonstrate alteration and oxidation characteristics coherent with potential uranium mineralisation.