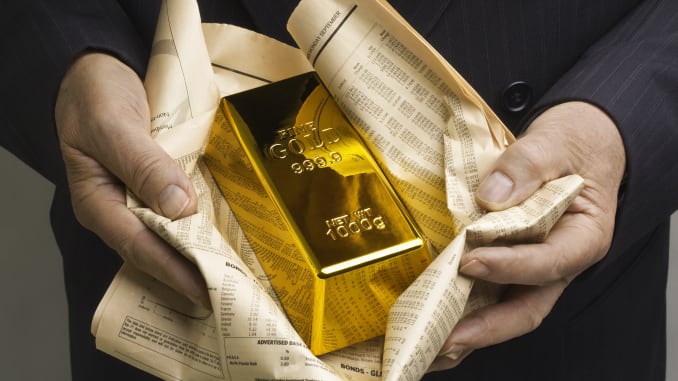 A gold bar is wrapped in a financial newspaper.

Gold retreated 1% to near $1,900 an ounce on Thursday on better-than-expected U.S. jobs data, with appeal of the metal further weighed down by a stronger dollar and doubts over a U.S. stimulus package before the presidential elections.

Spot gold fell 1.1% to $1,903.06 per ounce, and U.S. gold futures slipped 1.3% to $1,905.20.“The jobless claims number, which is much better than expected,” was pressuring gold, said Edward Moya, senior market analyst at OANDA, adding that “an improving number kind of takes away some of the urgency for getting a stimulus deal done now.”Data showed initial claims for state unemployment benefits in the U.S. dropped 55,000 to a seasonally adjusted 787,000 last week, although the overall number was still relatively high.A Reuters survey had forecast 860,000 claims in the latest week.The dollar , meanwhile, bounced back from a […]